Sadio Mane is set to join Bayern Munich after the German champions reached a 41 million euros agreement with Liverpool, with sporting director Hasan Salihamidzic confirming the forward is on his way to the Bundesliga champions.

Liverpool will receive a 32 million euros fixed fee for the Senegal international, with a further 6 million euros available based on appearances and 3 million euros depending on individual and team achievements.

Bayern Munich are expecting to lose their star forward Robert Lewandowski for the upcoming season after the Poland international announced his request of finding a new challenge for his career. Spanish club FC Barcelona are in pursuit of signing the 34-year-old who’s in the prime of his career, scoring goals for fun.

Mane would be Bayern’s third signing this summer after Netherlands midfielder Ryan Gravenberch and Morocco right back Noussair Mazraoui were both signed from Ajax.

Mane just completed arguably the best season of his career, converting the clinching penalty in a shootout to win the African Cup of Nations for Senegal, helping his country qualify for the World Cup and being a star for Liverpool in a campaign when the club nearly achieved an unprecedented quadruple of major trophies.

His last game for Liverpool was the 1-0 loss to Real Madrid in the Champions League final last month.

He has won every major honour with Liverpool, the Champions League and World Club Cup in 2019, the Premier League in 2020 and both the FA Cup and League Cup in 2022, and looks to be seeking a fresh challenge at the age of 30.

Mane has mostly played as a left-winger for Liverpool but converted to a central striker for last season’s second half following Luis Diaz’s signing. He impressed in his new role, scoring nine goals in his previous 14 games in all competitions.

Since then, Mane has scored 90 Premier League goals for the Anfield club and finished last season with 23 goals in all competitions.

Alongside fellow forwards Mohamed Salah and Roberto Firmino, who are both 30, Mane has been integral to Liverpool’s success in recent years.

The trio helped the club win the Champions League in 2019 and then end a 30-year wait for the league title in the following seasoe. 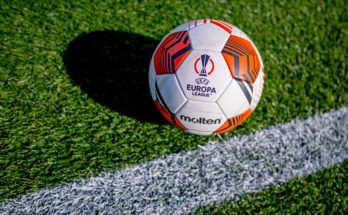 Lewandowski is not happy at Bayern Munich